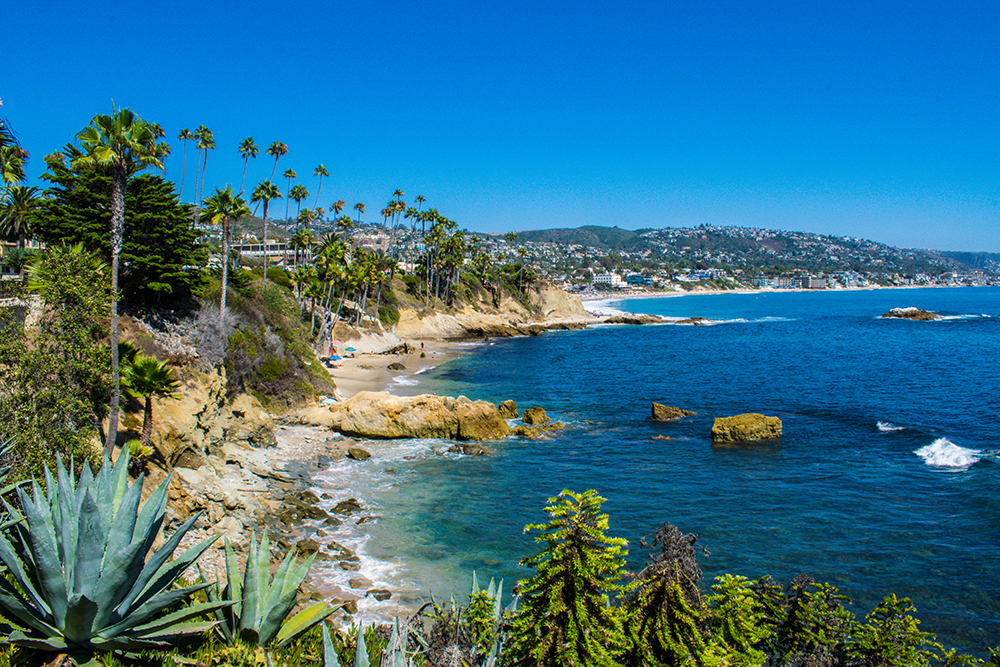 Laguna Beach is a seaside resort city located in southern Orange County, California, in the United States. It is known for a mild year-round climate, scenic coves, environmental preservation, and an artist community. The population in the 2010 census was 22,723. As per population estimate in July 2019, the total population of Laguna Beach city was 22,827.

According to the United States Census Bureau, the city of Laguna Beach has a total area of 25.4 km2 (9.8 sq mi), of which 22.9 km2 (8.8 sq mi) are land and 2.5 km2 (0.97 sq mi) are covered by water. Its coastline is 7 mi (11 km) long and includes 27 beaches and coves.[41] It is bordered by the Pacific Ocean on the southwest, Crystal Cove State Park and the city of Newport Beach on the northwest, Laguna Woods on the northeast, Aliso Viejo and Laguna Niguel on the east, and Dana Point on the southeast.

Based on information from California Regional Multiple Listing Service, Inc. as of 11/26/22 4:03 AM PST and /or other sources. All data, including all measurements and calculations of area, is obtained from various sources and has not been, and will not be, verified by broker or MLS. All information should be independently reviewed and verified for accuracy. Properties may or may not be listed by the office/agent presenting the information